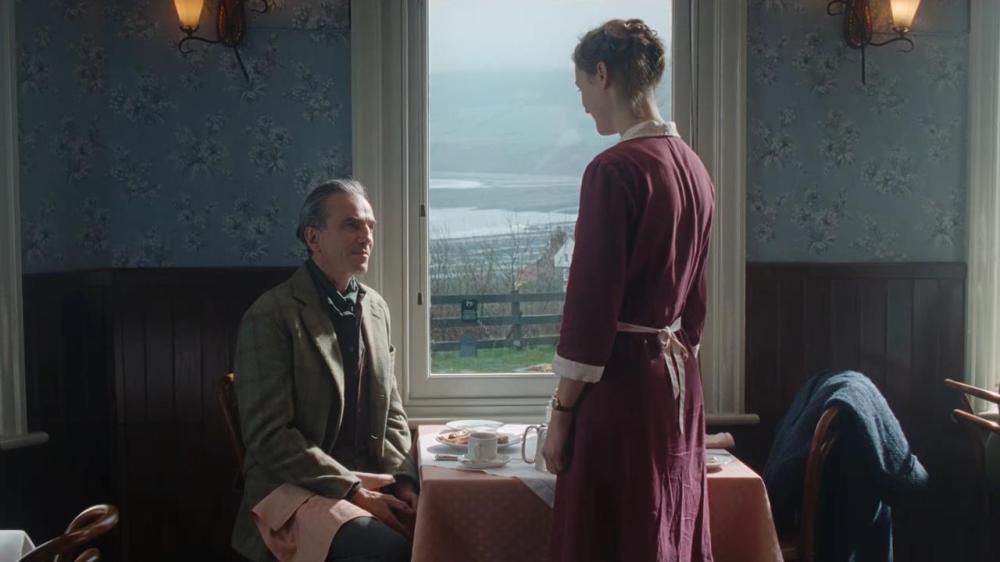 Boogie Nights is one of my favorite films, so it is actually a little shameful how few Paul Thomas Anderson movies I have seen in total. I knew that I would be seeing this due to my Oscar goal, but for some reason none of previews for Phantom Thread “spoke” to me. I don’t know why I had such a lack of faith in PT, but I was proven wrong from pretty early on.

Phantom Thread is about an English dressmaker in the 50’s and his relationship with Alma, who becomes his muse and live in girlfriend. If there was nothing but the visual aspects of this movie, I would probably still enjoy it. High class British people and neighboring royalty all visit the House of Woodcock, for lavish gowns in rich colors. Measured scenes of helpers slowly cutting vintage lace followed by external shots of Daniel Day Lewis’s exquisite home. Throw in the addition of the Johnny Greenwood score and the backdrop for the drama is complete.

I don’t think I can go much further without spoilers, so this is your warning!

I can’t believe how impressed I was with the tone of the movie. If I had to describe it on a high level, I would butcher it, most likely landing somewhere around “Thriller fashion period piece rom com”. To call it any one genre would be a disservice to the nuance with which Anderson excels, earning laughs in the tensest scenes without sacrificing momentum and culminating in one of my favorite “twists” of the year. You spend the whole movie going back and forth between the two about who is really the “villain” and I was getting nervous it would end abruptly with divorce or death. But the conclusion was so much sweeter. The second the credits started rolling, I looked to my friend with wide eyes and exclaimed “I loved it.” The cast was excellent, Vicky Krieps and Lesley Manville gave quiet, but powerful performances. As for the lead, any other year, I would be saying “wow, another Oscar for DDL, he killed it!” But sorry Dan, still rooting for Timmy. 9/10