I have been looking forward to Logan Lucky for ages. I love fun heist movies, and Soderbergh is the king of this. I am glad he went back to his Oceans roots, as I was never crazy about the Magic Mike franchise. He did bring Channing Tatum with him, who I am warming to after years of fighting that he is NOT THAT GREAT. But in this he kind of was. So I will table this discussion for another day. 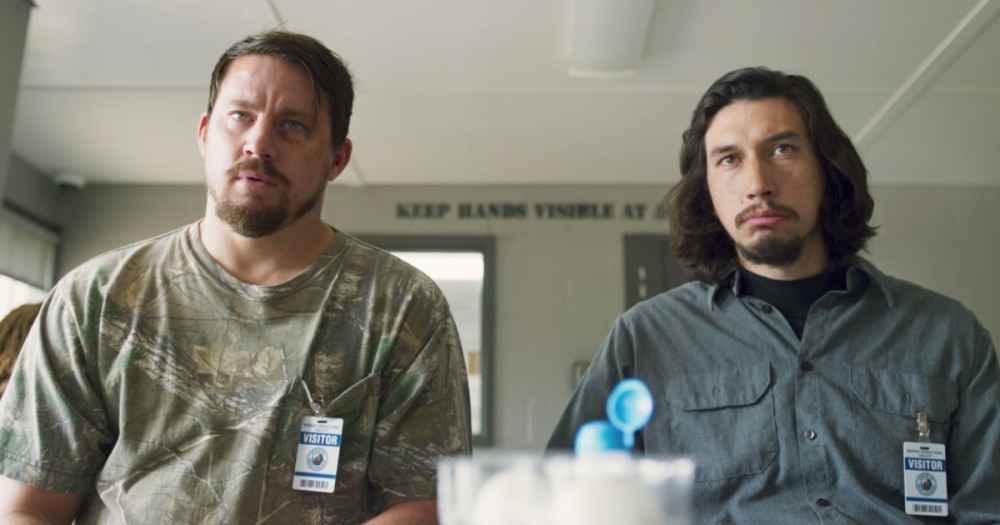 I have very little patience for redneck shenanigans. I have lived in the south my whole life, and can get a little irrationally bitter at the stereotype of southerners. This movie looked a little dangerous on that front. Two sets of brothers with thick fake accents, beauty pageants, and NASCAR. While the trailer seemed to feed into the “clueless rednecks trying to pull a heist”, the movie managed to avoid most tropes that would elicited an eye roll. The main flaw to me (okay, spoilers) was in the Ocean’s style reveal in how they pulled it off. I knew it was coming, but it was a little convoluted and not as clearly explained as it could have been.

Casting for this was awesome. A coworker of mine said he was hesitant to check this out because Daniel Craig was “always Bond” to him. Completely not the case here, maybe it was the bleach blonde hair and face tattoos but he really disappeared into the character. Adam Driver is always a revelation, as was a new face to me, Jack Quaid (yes, Quaid). Special call out for young Farrah Mackenzie as the youngest Logan, she was the heart of the film. The weakest points for me in the cast were Katie Holmes, Hillary Swank and Seth MacFarlane, who seemed like caricatures mixed into the reality of the world that Tatum, Driver and Craig lived in. Lastly, the biggest flaw in this movie was the lack of use of Sebastian Stan. And this has nothing to do with my bias, since he is my imaginary boyfriend. MORE SEB ALWAYS.

I think the best aspects of this movie are in the world Soderbergh built. The inmates requesting more Game of Thrones to the frustration of an incompetent warden, watching a one handed bartender make a martini, and Joe Bang explaining the science of a gummy bear bomb. I enjoyed all of this more than the “big reveal” of how the “Ocean’s 7-11” crew got away with it, and I think the smaller moments are what made this movie great. 8.5/10