A friend of mine texted me earlier this week- “OMG, you gotta see Colossal. Two words. Jason. Sudeikis”. And as much as I try to sell my brand as “young trendsetter with plenty of friends and things to do”, that is pretty much all the sway I need to get into a theater. Who am I kidding, I have nothing else to do.

I love going into a movie with no background info. Unfortunately, since I go to the movies so much, this is a rare luxury, as I am normally inundated with trailers. I managed not to see one for Colossal. I did accidentally catch Anne Hathaway on the Tonight Show calling this “a movie about a girl who gets drunk and then a monster terrorizes South Korea” but I think I just blacked this out since it is such a ridiculous thing to say. But that is pretty much the premise.

Anne Hathaway plays Gloria, an alcoholic who moves home during a tough time and falls into friendship with a group of guys who work/hang out at a bar. During this time at home, she realizes that when she walks through a playground in the early morning, a large monster materializes in a linked location in Seoul, South Korea.

Instead of spoilers, I am just going to use this time to say that I love that Jason Sudeikis took this role, and he was awesome in this. If he was only in weird indie comedies for the rest of his life, I would see them all. He is so funny and sincere and strangely menacing. I just need to try to separate him from Bill Hader’s impression of him, which is pretty spot on. Jason would get a 10, but the movie gets a 8/10. 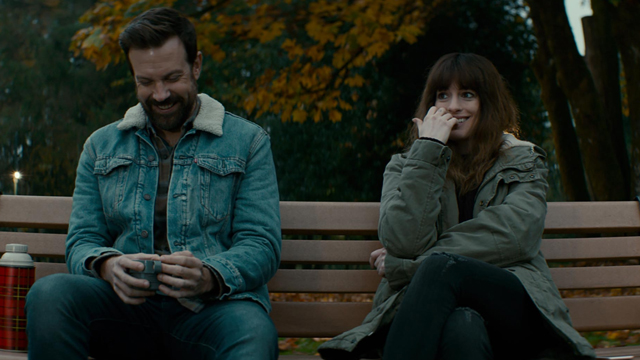