I was not in a hurry to rush into theaters to see Hacksaw Ridge,which lead to me watching it at home on demand alone two days before the Oscars because I didn’t want to subject any of my friends to it. In general I am not one of the first people in theaters for “realistic battle scenes” movies, I see Saving Private Ryan as the definitive World War II film. The battles in this movie were comparably shot, maybe more cinematic as opposed to live action, but the comparisons stop there.

Most of the movie is the backstory of Seventh Day Adventist Desmond Doss, who enlists in the war as a medic and conscientious objector. The first 2/3rds of this movie could be a film of it’s own, culminating in Desmond Doss earning the right to go to battle despite his refusal to carry a weapon. 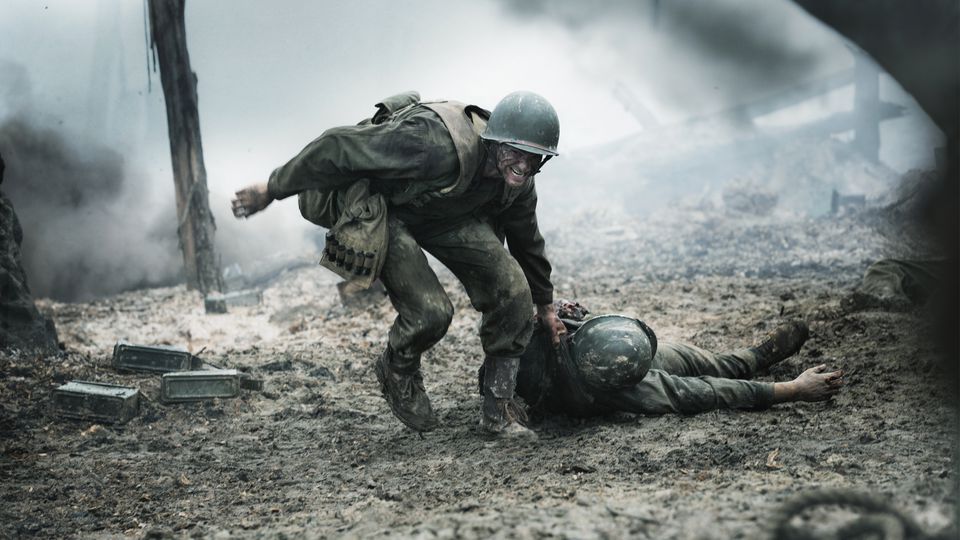 The movie was extremely well crafted, and the acting exceeded my expectations. Vince Vaughn and Sam Worthington pleasantly surprised me, granted, I don’t hold them to a bar of classically trained. Most notably, Garfield’s performance carried the picture, and he rose to the occasion, but didn’t astound me.

The story builds without dragging, despite the fact that we don’t even get to Okinawa until more than halfway through. As they say on South Park, “Say what you want about Mel Gibson, but that son of a b**** knows story structure.” 8.5/10